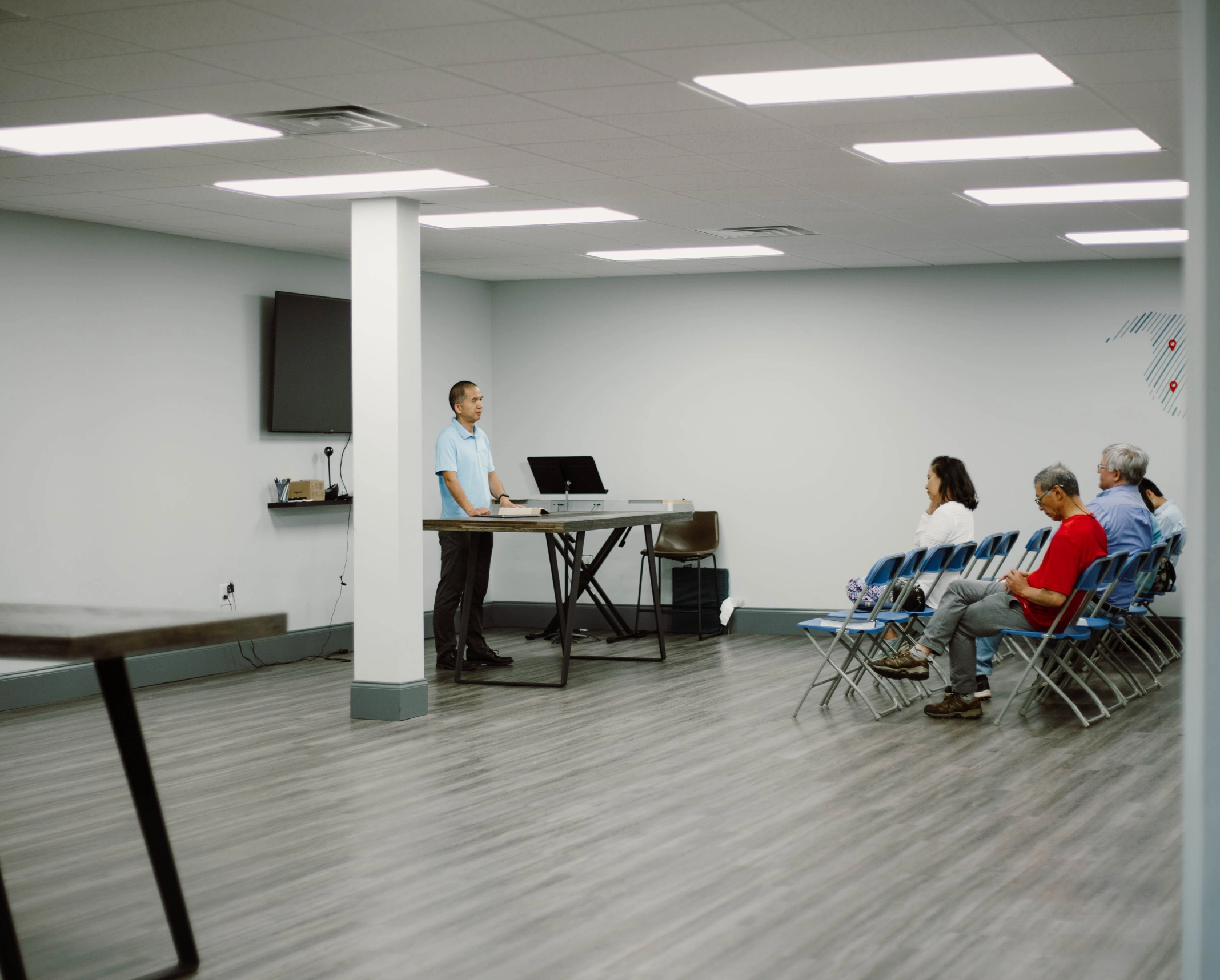 THE VISION OF OUR CHURCH

Based on the Word of God under the guidance of the Holy Spirit, to preach the Gospel of Jesus Christ to all people, especially Chinese and other Asians, make disciples of the Lord, to glorify God and love people.

WHAT IS THE EAST ASIAN CHURCH?

MEET PASTOR JOHN AND HIS FAMILY

MEET PASTOR JOHN AND HIS FAMILY

John was born in China and grew up in an atheist background. After graduation from college in 1998, he was diagnosed with a serious heart problem and could die in a few years. He began to think about the meaning of life and how to face death. His brother shared the Gospel with him, and by God's grace, he became a Christian in 2000 after one year's struggle. He began to serve in his local churches in 2008 through preaching and teaching. In 2017, he was called by God for full-time ministry, so he went to study at The Southern Baptist Theological Seminary in Louisville, Kentucky, and got a Master of Divinity degree. He and his wife Addie have four children: Esther, Matthew, Lucy, and Tom. In 2021, his family moved to Spartanburg and served in the East Asian church. We would love your help in making connections with others in the community!

We Chat App - Get QR code from John